Get ready for a weekend full of heavenly tunes, uplifting worship, and thrilling rides. Each evening of Rock the Universe, big names in Christian contemporary music (CCM) will take the stage. Here’s what to expect during the weekend of faith and fun at Universal Studios Florida.

The following acts will rock the Universal Orlando stage on Friday, January 27:

Saturday Performers at Rock the Universe

The artists taking the Universal Orlando stage on Saturday, January 28, include:

Rock the Universe is a separately ticketed, after-hours event. Standard admission costs $79.99 for one night or $119.99 for two. Youth groups attending the all-ages event can enjoy discounts if they bring 10 or more guests.

Concertgoers may enter Universal Studios Florida at 4 p.m. on their selected date(s).

When you’re not jamming at the main stage, enjoy supporting acts and DJ sets at the Coca-Cola FanZone. Many of the headlining acts will stop by the FanZone to sign autographs after their performances. Select Universal attractions will stay open all night. Between praising and partying, enjoy rides like Revenge of the Mummy and Despicable Me: Minion Mayhem.

No matter what ticket you choose, you’re invited to return to Universal Studios early on Sunday, January 29. That morning, guests will come together for a nondenominational church service that’s sure to inspire. Reservations are recommended for this popular and powerful prayer event.

After a fun night at Universal Orlando, return to your luxurious guestroom at Rosen Shingle Creek.

Our clean, comfortable, and reasonably priced hotel puts you close to Universal Orlando Resort. When you’re not rocking the universe, have a blast at our hotel’s swimming pools, arcade, and nature trail. Or go out and explore Orlando. Our location on Universal Boulevard makes it easy to visit the city’s top attractions. 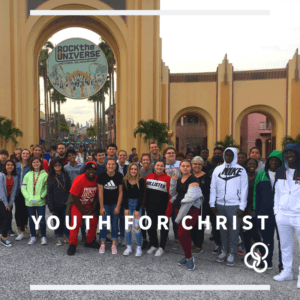 Traveling with a group? We’re here to help you plan an epic Rock the Universe adventure. Visit our Group Promotions page to learn more.