Orlando Hotelier And Philanthropist Harris Rosen Has Received The Order Of The Rising Sun, Gold Rays With Rosette 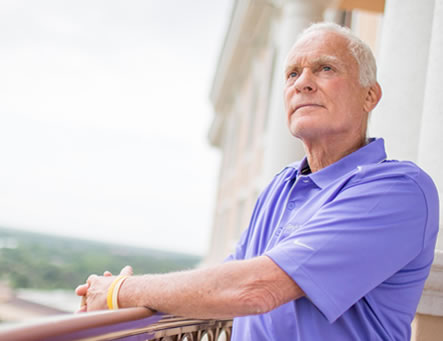 On November 3rd, 2016, the Government of Japan announced the foreign recipients of the 2016 Autumn Imperial Decorations. President & COO of Rosen Hotels & Resorts®® Harris Rosen is one of the 96 foreign recipients and he received the Order of the Rising Sun, Gold Rays with Rosette, one of the highest ranking civilian honors awarded to those from other countries.

“In serving as the Honorary Consul General of Japan in Orlando from November 2010 to October 2016, Harris has been an avid supporter of and invaluable resource to Japanese residents, visitors and companies in the Orlando area,” said Ken Okaniwa, Consul General of Japan for Florida. “In addition, he has given generously to further the student exchange program between Orlando and its Sister City of Urayasu, and assisted the relief efforts for the victims of the 2011 Japan Great East Earthquake and Tsunami. This recognition is greatly deserved.”

Orlando is home to the most concentrated community of Japanese nationals in Florida and also welcomes Japanese tourists to local attractions. Additionally, 25 Japanese companies located in and near the Orlando area are expanding. Rosen has supported all of them in the stead of the Consulate-General of Japan in Miami due to the distance between South Florida and Orlando. He has also provided a venue for Japanese consular services.

Florida’s largest independent hotelier and a noted philanthropist, Rosen donated the honorarium he received as Honorary Consul General to the Orlando Hoshuko, which teaches Japanese language and culture to the children of the region’s Japanese community. Following the Great East Japan Earthquake, he organized numerous charity events and presented $100,000 toward relief efforts.

For more information about the Consulate-General of Japan in Miami, visit http://www.miami.us.emb-japan.go.jp/itprtop_en/index.html or call (305) 530-9090.