The Dr. Phillips Center for the Performing Arts always wows its guests with world-class productions. From soaring orchestral shows to an out-of-this-world talk about space, the venue has something for everyone in January 2023.

Start the new year strong with a grand night at one of these Dr. Phillips Center events.

On Saturday, January 7, at 5 p.m., the State Ballet Theatre of Ukraine will leave Orlando spellbound.

Sleeping Beauty tells the story of Princess Aurora through dance and the music of famed composer Pyotr Tchaikovsky. When a wicked fairy curses the young princess, she is doomed to sleep for 100 years. Only the kiss of a handsome prince can break the spell.

The classic folk tale was first performed as a ballet in 1890 in St. Petersburg, Russia.

This grand production was met with critical acclaim. In the decades that followed, ballet lovers across Europe flocked to see the show. Sleeping Beauty first enchanted North American audiences in the 1930s. And the rest is happily ever after. 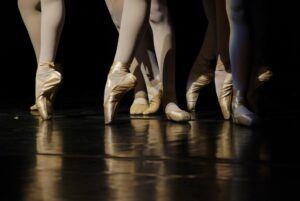 Neil deGrasse Tyson: The Search for Life in the Universe

The Dr. Phillips Center frequently hosts big stars. By “stars,” we normally mean “celebrities,” not the things sparkling in the night sky.

But in January 2023, we mean it in both senses. On Sunday, January 8, at 7 p.m., Dr. Neil deGrasse Tyson heads to Orlando. The renowned astrophysicist will discuss the possibility of life on other planets. 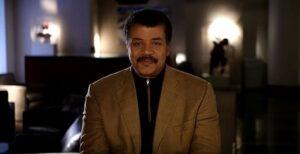 Neil deGrasse Tyson grew up in the Bronx. A visit to NYC’s Hayden Planetarium as a kid left him starstruck.

So, after high school, he studied physics at Harvard, then received his Ph.D. in astrophysics from Columbia University.

After that, he returned to the Hayden, this time as an employee. He was soon promoted to planetarium director. Through the years, Dr. Tyson has also helped fans explore space from the comfort of their own homes. His TV hosting credits include NOVA ScienceNOW and the Emmy-winning Cosmos: A Spacetime Odyssey.

For $250, you can purchase a VIP ticket. VIPs receive front-of-house seating and an autographed poster. They also get to stick around after the main event for a group photo and Q&A session with Dr. Tyson.

From Tuesday, January 10, until Sunday, January 15, the Walt Disney Theater will host a musical that’s simply the best.

Tina: The Tina Turner Musical celebrates the life and career of the Queen of Rock ‘n’ Roll. It follows the singer from her turbulent childhood in the outskirts of Memphis to her meteoric rise to fame. The jukebox musical features hits like “River Deep Mountain High,” “Proud Mary,” and “What’s Love Got to Do with It?”

It came to Broadway the following year, and the big wheel has kept on turning ever since. In 2020, Tina was nominated for 12 Tony Awards. Adrienne Warren, who originated the role of Turner on Broadway, took home an award for her performance.

Tickets for Tina: The Tina Turner Musical at the Dr. Phillips Center will go on sale soon.

Showtimes will vary by date, with both matinee and evening shows available.

Piano virtuoso Yuja Wang will play at Steinmetz Hall on Saturday, January 14, at 7:30 p.m. The following day, she’ll return for a matinee at 3:30 p.m.

Yuja Wang grew up in Beijing and took her first piano lesson at age 6.

The next year, she enrolled at China’s prestigious Central Conservatory of Music. By age 11, Wang was tickling the ivories at international music festivals. She studied at Philadelphia’s Curtis Institute of Music as a teenager. Since then, Wang has toured with groups like the Berlin Philharmonic and the Chicago Symphony Orchestra.

When she comes to the Dr. Phillips Center, Yuja Wang will play a selection of works by composers Debussy and Rachmaninoff.

Legendary bandleader Glenn Miller started the orchestra in 1938. They released a string of swing hits, including “Tuxedo Junction” and “Chattanooga Choo Choo.” The orchestra disbanded in 1942 when Miller felt called to enlist in the U.S. Army. He formed a military band that entertained fellow service members during World War II.

In 1944, Glenn Miller disappeared when his airplane went missing between the U.K. and France.

In 1956, a group of musicians decided to restart the orchestra in Miller’s honor. The Glenn Miller Orchestra has continued touring since then. Through the years, popular entertainers like Henry Mancini and Betty Grable have been a part of the group.

Tickets to see the Glenn Miller Orchestra at the Dr. Phillips Center start at $80.67.

This January, step into the world of Irish dance at the Dr. Phillips Center.

Award-winning Irish music and stepdance troupe Riverdance will perform at the Walt Disney Theater from January 20 to 23. Showtimes vary by day, with matinee and evening shows available.

Riverdance first hit the stage in 1994 as a guest act at that year’s Eurovision competition. The performance was such a hit with viewers that the dancers decided to keep the act going. Riverdance’s first run at Dublin’s Point Theatre sold out within days. Since then, more than 25 million people have seen the precise, yet poignant, dance company live.

The acoustics of Dr. Phillips Center’s Steinmetz Hall are unmatched.

The concert hall opened in early 2022 and earned an N1 sound rating, the highest possible score. This means that the walls absorb virtually all outside noise, allowing you to hear everything happening on stage. To celebrate its new concert hall, the Dr. Phillips Center will host three of the country’s best orchestras in 2023.

The Great American Orchestra Series kicks off on Sunday, January 22, with the Cleveland Orchestra.

The award-winning symphony orchestra will perform works by composers Schubert and Tchaikovsky.

The Cleveland Orchestra started in 1918 with the support of Ohio’s biggest arts patrons. After years of bouncing between venues, in 1931, they found a permanent home in Cleveland’s Severance Hall. This theater was one of the first in the U.S. to be set up for radio broadcasts. Live radio shows helped the orchestra go from a local secret to a national treasure.

Since 2002, the orchestra has been led by conductor Franz Welser-Möst.

The all-male comedic dance company, also known as the TROCKS, will keep you on your toes.

The dance troupe started in the 1970s as an offshoot of NYC’s Ridiculous Theatre Company. The group became known for over-the-top ballet performances, with many of the dancers appearing in drag. By the ‘80s, the TROCKS were touring the world and performing on programs like the Dick Cavett Show and Muppet Babies. They’ve also performed for British and Thai royalty.

Tickets to see the TROCKS at the Dr. Phillips Center start at $29.50.

From Wednesday, January 25, to Sunday, February 12, the touring cast of Wicked will defy gravity at the Walt Disney Theater. Both evening and matinee shows are available.

It follows their relationship from mismatched college roommates to friends to rivals in the Land of Oz.

The show debuted in 2003 with Broadway superstars Idina Menzel and Kristin Chenoweth as the leads. Wicked won two Tony awards and has broken multiple box office records. It is also one of the few Broadway shows that have grossed over $1 billion.

Tickets will go on sale for Wicked at the Dr. Phillips Center soon.

Something Wonderful: The Songs of Rodgers and Hammerstein

On Saturday, January 8, Steinmetz Hall will come alive with the sound of music during two amazing concerts.

At 3:30 or 7:30 p.m., hear the Orlando Philharmonic Orchestra perform iconic songs by Rodgers and Hammerstein. Jeffrey Redding, a Grammy winner and professor at the University of Central Florida, will serve as the conductor. Lyricist Oscar Hammerstein’s grandson, Andy, will narrate the musical revue.

Oscar Hammerstein met composer Richard Rodgers in 1920. At the time, they were both Columbia University students.

After making names for themselves separately, they started writing songs together in the early 1940s. Their first project, Oklahoma!, forever changed Broadway. It was one of the first musicals whose songs moved the plot forward. From there, they continued to write hit shows, including South Pacific, The King and I, and The Sound of Music.

Tickets to Something Wonderful: The Songs of Rodgers and Hammerstein start at $46.54.

After the curtains close and the house lights come on, head back to Rosen Shingle Creek.

Our hotel is on Universal Boulevard close to the Dr. Phillips Center and Orlando’s other top attractions. Our clean, comfortable, and spacious guestrooms are the perfect place to recharge after an exciting show.