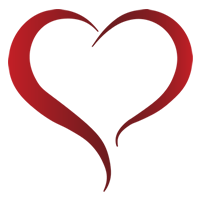 Chef David Watters was born and raised in South Philadelphia in an Italian household. Watching his mom and grandmother and aunts spend endless hours cooking fascinated David, and thus began his love and thus began his love and passion for food. At 15 years of age, David set out on a quest for more kitchen knowledge and began working for a small Italian restaurant as a dishwasher. The chef soon took notice of his inquisitiveness, discipline, and organization and began teaching David the art of Italian cuisine. With his homegrown experience and skills, Chef David moved to Orlando, Florida, and worked for one of the busiest restaurants in Disney Springs™, Planet Hollywood®. He quickly earned a spot as a corporate trainer and traveled for restaurant openings. Chef David learned a concept chef’s responsibilities and how to set up kitchens and menus for special corporate and celebrity gatherings. After some time, Chef David changed his career path to work in hospitality. The timing was perfect as Rosen Shingle Creek® Resort was opening. Chef David joined the Rosen family in 2006 and has worked in banquets, created holiday menus at Café Osceola, and most recently oversees 18 Monroe Street, Cattails, and Headwaters Lounge.