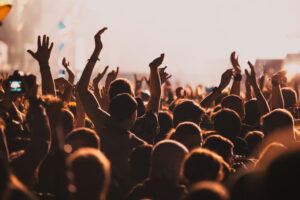 Located in the heart of downtown Orlando, Amway Center hosts exciting events and concerts year-round. In March 2023, Latin and country music legends will take the stage for two exciting concerts you won’t want to miss.

Blake Shelton: “Back to the Honky Tonk” Tour

Blake Shelton is one of the best-known names in country music.

His debut single, “Austin,” spent five weeks on top of the Billboard chart in 2001. Since then, Shelton has released 12 chart-topping albums and received 10 County Music Association Awards. He’s also served as a judge on NBC’s singing competition The Voice and has done cross-genre collaborations with musicians like his wife, Gwen Stefani.

Shelton consistently ranks among Pollstar’s Top 200 North American Tours, and his “Back to the Honky Tonk” tour promises to be just as exciting.

Ana Gabriel is one of Mexico’s most accomplished singers.

She blends Latin pop with Mariachi music to create popular songs that set her apart from her contemporaries. Gabriel released her first single at 21 and has since had three albums and seven singles top the Billboard Latin Pop charts. The artist has also received a Grammy nomination, four Latin Grammy nominations, and a Los Nuestro Excellence Award.

Her “Por Amor a Ustedes” tour will feature classic hits and songs from her most recent album. Gabriel takes the Amway Center stage at 8 p.m. on March 25, 2023. Tickets start at $61.

Rock On at Rosen Shingle Creek

Keep the party going with a stay at Rosen Shingle Creek, part of Rosen Hotels & Resorts.

We offer clean and comfortable accommodations at an excellent price. Our hotel is minutes from International Drive and some of Orlando’s top restaurants, bars, and attractions.