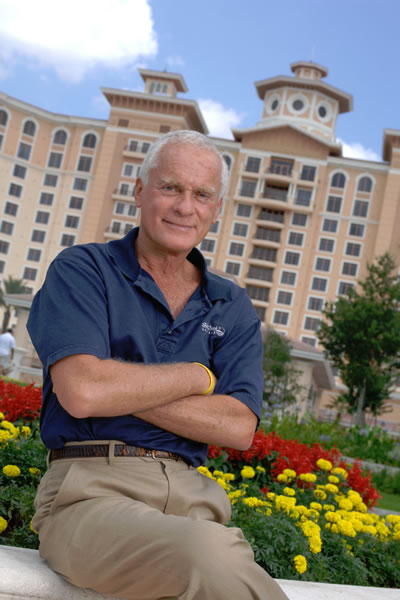 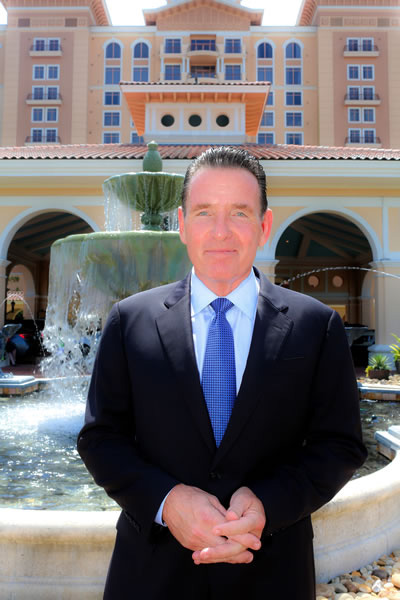 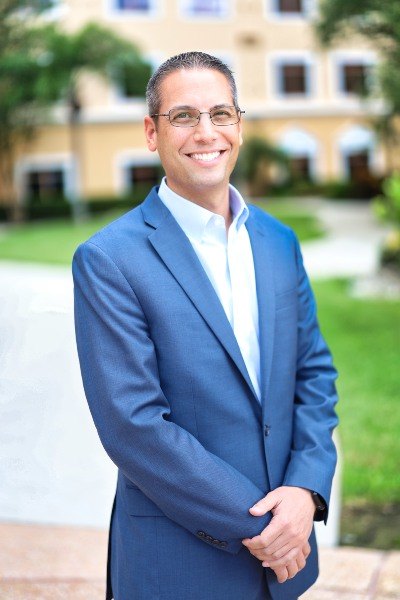 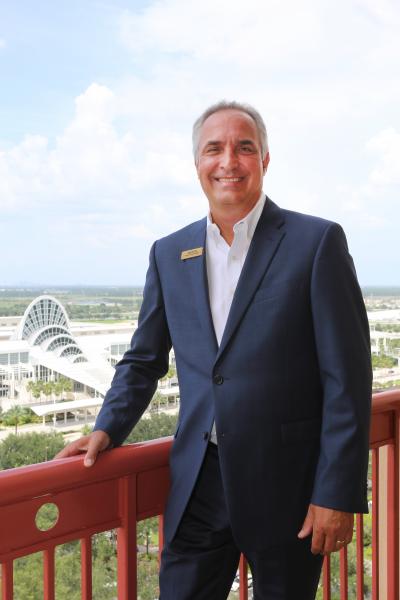 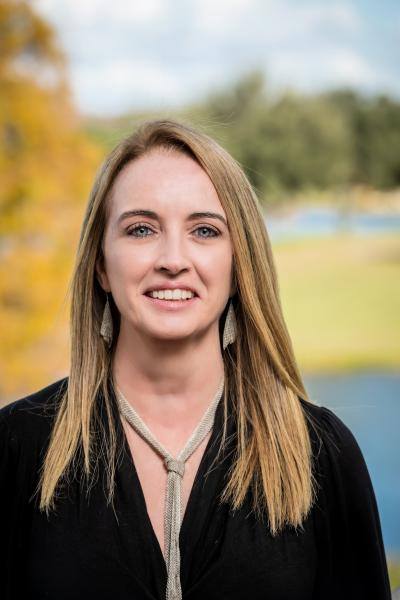 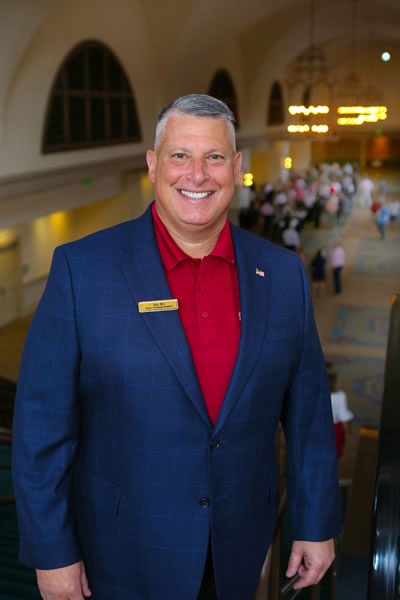 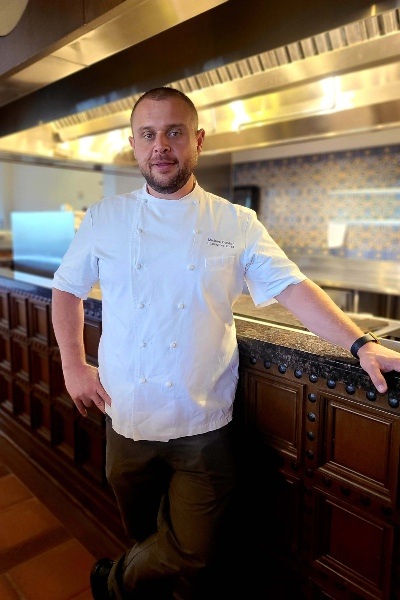 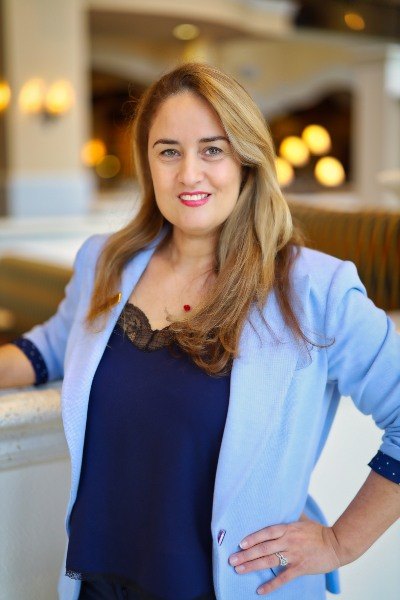 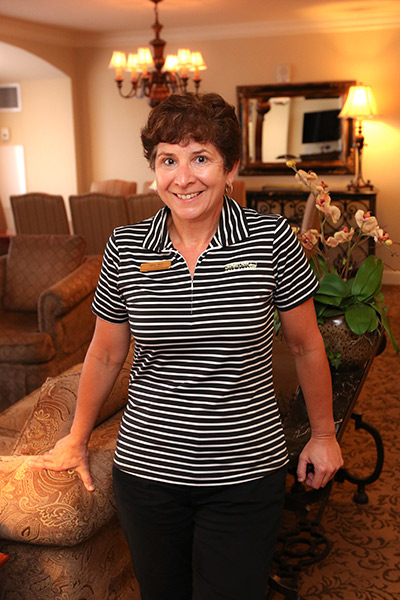 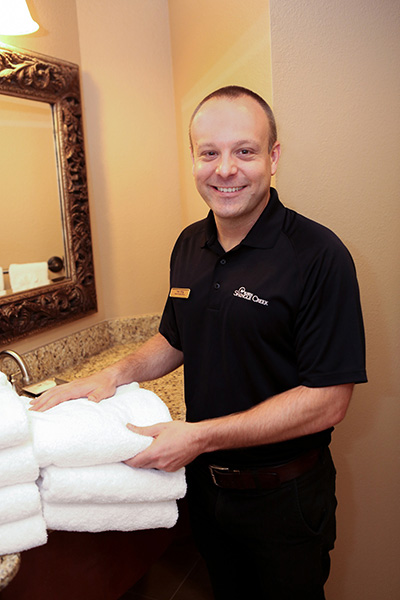 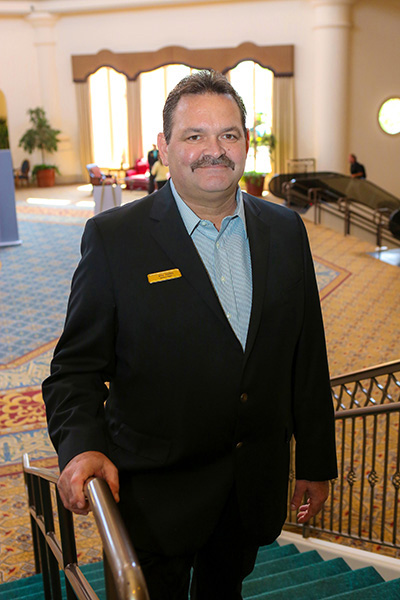 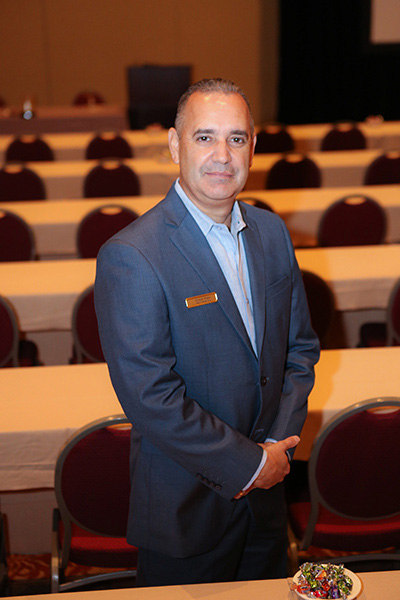 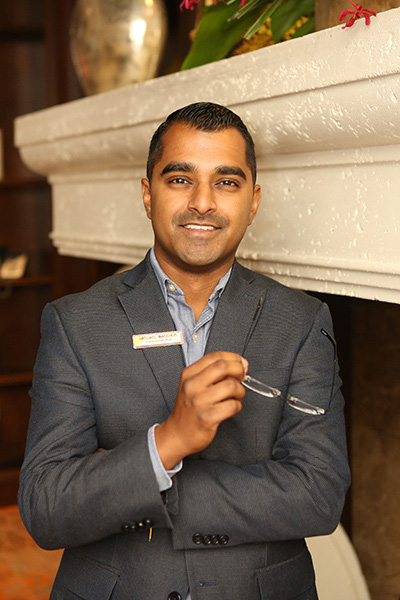 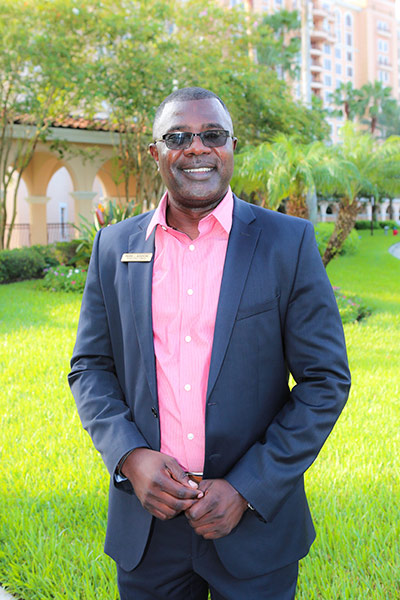 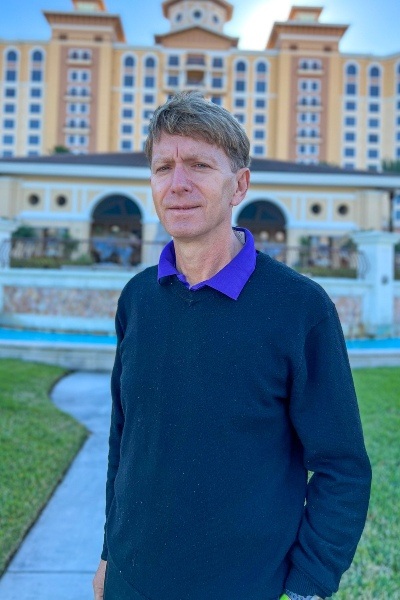 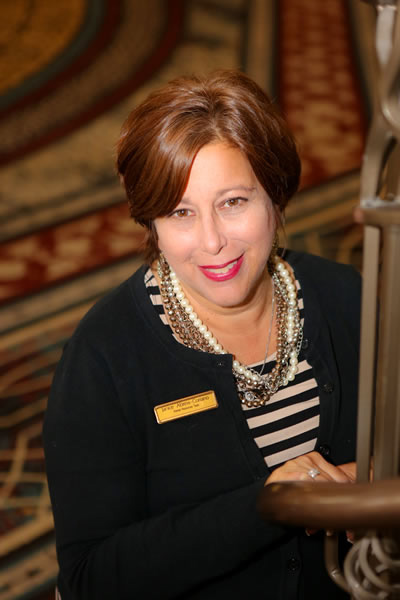 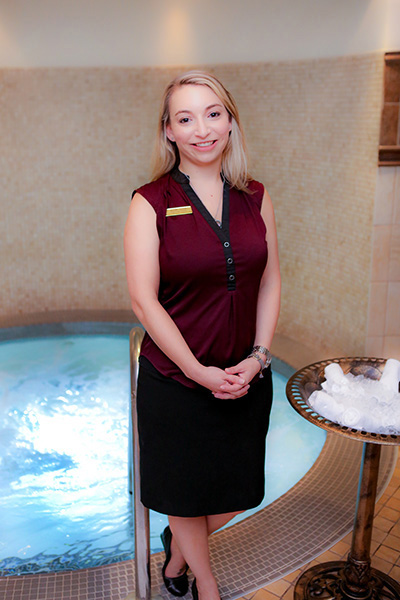 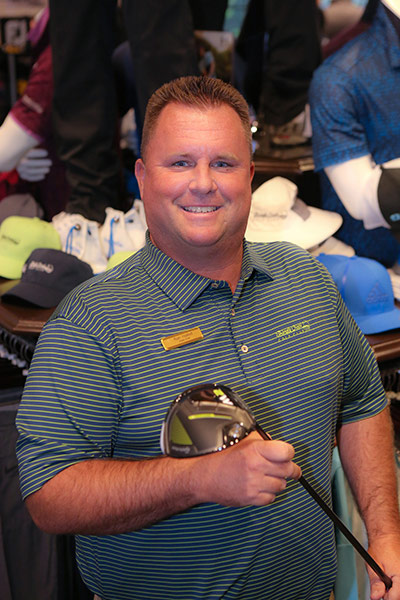 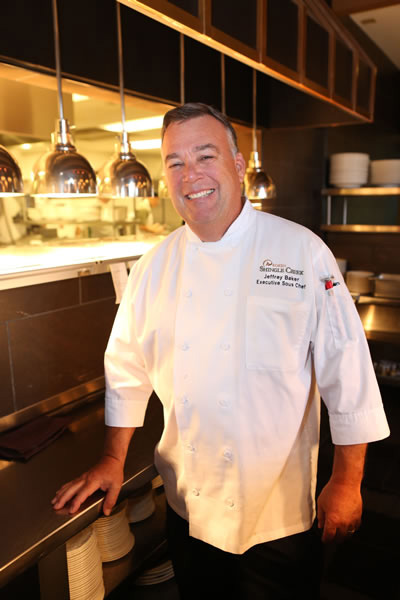 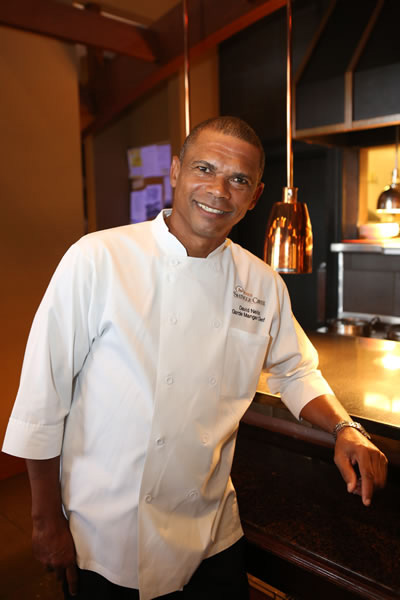 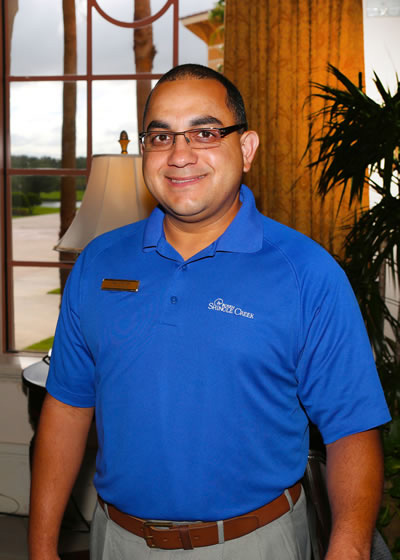 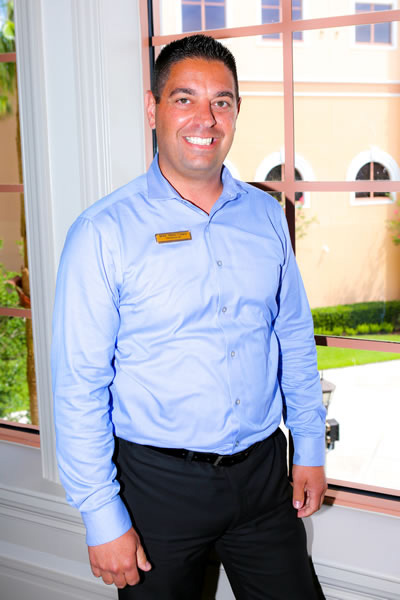 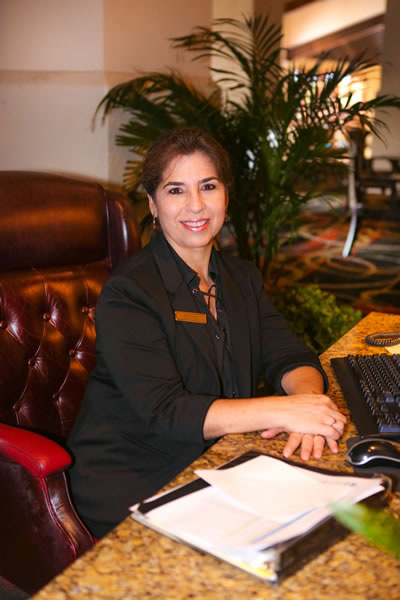 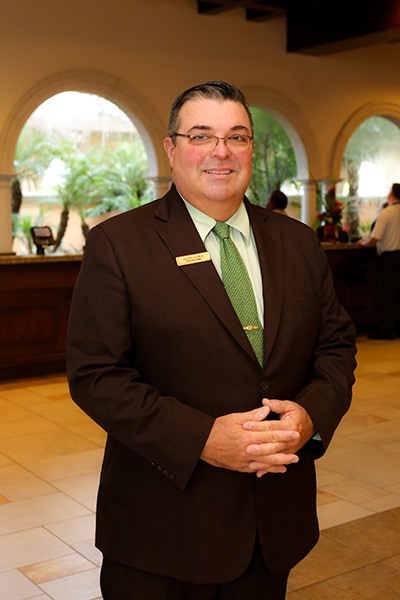 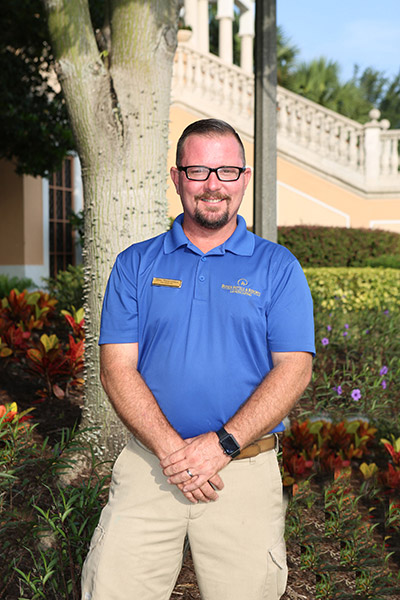 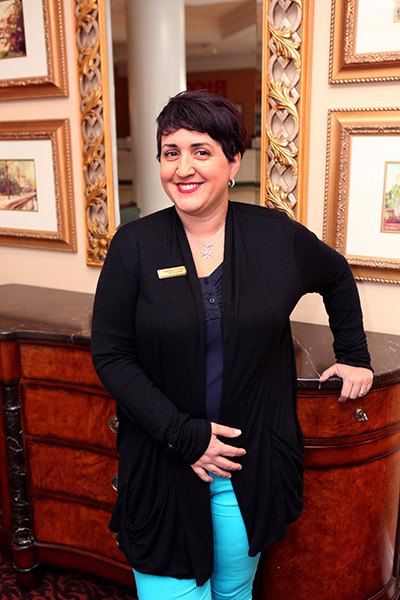 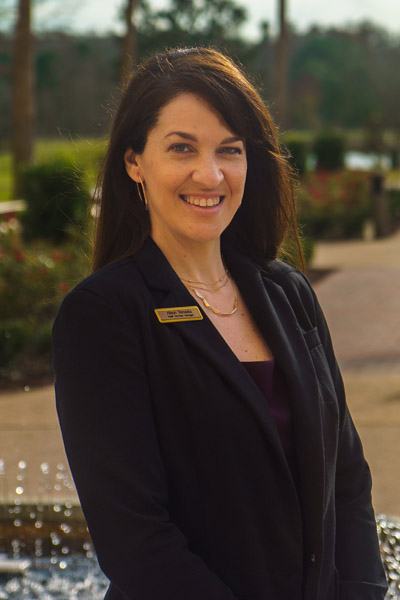 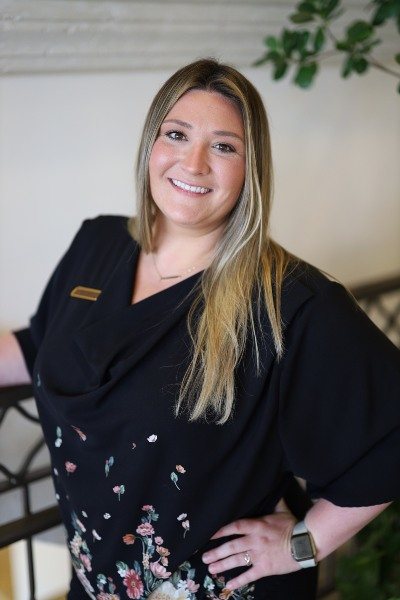 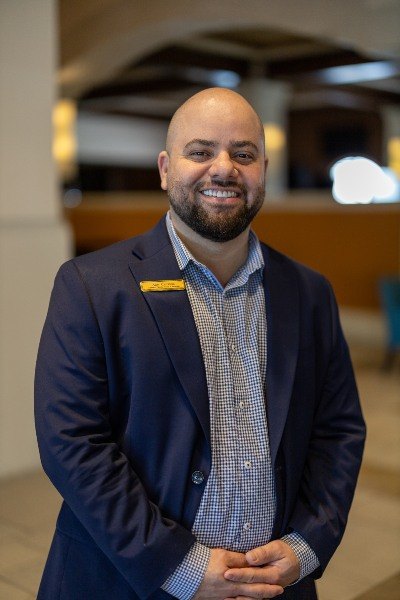 Rosen Hotels & Resorts owns several subsidiaries that create synergy and maximize operational efficiencies. Millennium Technology Group, founded in 1997 as an internal solution for Rosen Hotels & Resorts, is a leading provider of quality IT products and telecommunications services for the hospitality industry.

ProvInsure, Rosen’s insurance agency and risk management consulting company, was founded in 1995. Rosen Hotels & Resorts has been nationally recognized for its innovative, trend-setting associate wellness and preventative care programs as well as low-cost insurance and on-site, full-service medical facilities, all in the spirit of the Rosen Medical Center, A Place for Healing and Wellness. ProvInsure assists companies in arranging self-insured healthcare programs and primary care medical centers similar to Rosen Hotels’ nationally recognized in-house programs in addition to providing a litany of insurance related products.

Rosen’s enthusiasm for health and wellness is well-known and well-respected by his associates. An avid fitness buff and master swimmer, Rosen inspires a healthy approach to diet and exercise. He and his culinary team created Rosen’s Perfect Pizza™, a whole-wheat honey crust containing no trans fats that is sold at seven of his hotels.

Born and raised on New York City’s lower Eastside, Rosen received a Bachelor of Science in 1961 from the School of Hotel Administration at Cornell University. He served for three years in the United States Army as an officer in Germany and South Korea. Afterward he completed the Advanced Management course at the University of Virginia’s graduate school of business on a Hilton Corporate Scholarship.

Rosen began his career at the Waldorf Astoria in New York City as a convention salesman. He continued with the Hilton Hotels Corporation occupying various management positions in some of the larger Hilton properties. He worked as the Director of Food and Beverage Operations at the Pittsburgh Hilton, the Assistant General Manager at the Buffalo Statler/Hilton, New Yorker Hotel and the Dallas Hilton and as the General Manager at the Cape Kennedy Hilton in Florida.

Rosen then joined the Post Company of Dallas as Director of Hotel Operations where he was involved in the development and management of one of its finest resort properties in Acapulco, Mexico. He left the Post Company after several years to join the Disney Company in California in 1968 as Director of Hotel Planning for Walt Disney World in Orlando. During his tenure, he was intimately involved in overseeing the design and development of the Contemporary Resort Hotel, the Polynesian Village Hotel, and the Fort Wilderness campground as part of the team that opened Walt Disney World in 1971.

On September 13, 1991, the 800-room Rosen Plaza opened its doors as the first convention hotel in the Rosen Hotels & Resorts family and completed its first fiscal year with occupancies in the mid-ninety percent range. In October 1995, Rosen opened the 1,334-room Rosen Centre, the company’s second convention hotel. Both hotels bookend the West Building of the Orange County Convention Center and are connected via pedestrian skywalks.

Education and wellness have long been at the forefront of Rosen’s philanthropic endeavors. In 2002, Rosen donated a 20-acre site at the foot of Rosen Shingle Creek and $10 million to the University of Central Florida (UCF) to develop the Rosen College of Hospitality Management. Ranked number two among hospitality colleges worldwide, the Rosen College opened in January 2004 with fewer than 100 students and is currently among the fastest growing colleges in the United States climbing in enrollment to more than 3,500 students to date. Rosen also funds a $2.5 million dollar scholarship endowment for UCF that is matched by the state of Florida and is funding a planned future expansion of the much acclaimed college.

Rosen strongly believes the opportunity to receive a better education can and must start as early as 2 years of age. This belief is evident in his long-time commitment to the underserved Orlando neighborhood of Tangelo Park. Since 1993, Rosen’s Tangelo Park Program has provided free preschool for all 2-, 3-, and 4-year olds who live in the Tangelo Park neighborhood. All of the neighborhood youngsters who graduate from high school and are accepted to a trade school, community college, or 4-year public college or university in Florida are provided with an all-expense paid college education to include: tuition, books, room and board—paid for by Rosen. Over the years, high school graduation rates have improved dramatically from approximately 55% to nearly 100%. To date, approximately 250 Tangelo Park youth have received full college scholarships.
In 2016, Rosen’s passion for providing hope through education opportunities led him to embark on a similar program in the Parramore neighborhood, an underserved urban community located near downtown Orlando, which is five times the size of the Tangelo Park neighborhood. Once again he provides free trade school, community college or four-year Florida public college education to high school graduates living in this community. More than 40 Parramore youth have received college scholarships. In 2017, Rosen opened the Rosen Preschool at the Orange County Public Schools Academic Center for Excellence as an extension of this program. He provides funding for a 24-classroom onsite preschool for all 2-, 3- and 4-year olds in the neighborhood.

In 2017, Rosen also announced the addition of three private college scholarships at Rollins College, located in the Orlando suburb of Winter Park, to be made available to recipients of both scholarships programs.

Complementing both programs, Rosen has, since 2008, funded an alternative spring break for Cornell University students who visit and engage in a week-long mentoring program with the Tangelo Park and more recently Parramore students.

In September 2009, the Jack and Lee Rosen Jewish Community Center, named in honor of Rosen’s parents, opened its doors. Rosen’s contribution of $5.1 million provided for a state-of-the-art facility and school that now serves approximately 150 students, ages 2 months to 5-years old. In 2016, an additional $3.7 million multi-purpose theatre was donated by Rosen to accommodate the tremendous growth and popularity of the center.

Rosen served as the Honorary Co-Chair of the Bethune-Cookman University Statue Project with the late Dr. Dorothy Height, President Emeriti of the National Council of Negro Women. In January 2005, the project team unveiled a statue sculpted of America’s beloved Dr. Mary McLeod Bethune including fountains and landscaping on the campus of Bethune-Cookman University, which Dr. Bethune founded in 1904.

Rosen’s contributions have reach far beyond Orlando to other communities in need. Rosen Hotels has long contributed to Haiti relief, providing on-going medical and school supplies as well as hosting the “Water for Haiti Gala” in 2005 that raised $350,000 to send water filtration devices to Haiti, which are capable of providing clean drinking water to approximately 200,000 people. In 2010, Rosen launched the Haiti Relief Rebuild Sustain program. Through Rosen’s personal funding and charity, this philanthropic initiative raised $650,000 to provide aid to the victims of the 2010 earthquake. After 2016’s Hurricane Matthew, Rosen rebuilt more than 100 Haitian homes devastated by the hurricane. The new homes were unveiled in 2017 and feature hurricane-resistant features and more modern facilities.

Rosen is a member of the Cornell Society of Hotelmen and the Waldorf Astoria Distinguished Alumni Association. He is also the past president of Visit Orlando. He currently serves on the board of directors of the Rosen YMCA Aquatic Center and on the dean’s advisory board of the Rosen College of Hospitality Management at UCF. Through the years, Rosen has been honored to receive a number of distinguished accolades including, to name a few:

Personal
Rosen has four children, Jack, Joshua, and Shayna who live in Orlando, and Adam Michael Rosen, who passed away on November 23, 2018.

Dan’s goal as General Manager is to maintain Rosen Shingle Creek as one of the premier resort destinations in the country. He wholeheartedly believes in the spirit of Rosen Hotels & Resorts, which places an emphasis on associate morale, satisfaction, and fair treatment. He believes that hiring good leadership translates to well-respected associates who then provide great guest service. Dan firmly believes in intentional DEI initiatives and instills a like-mindedness within his leadership team.

Dan’s background in the hospitality industry is extensive. He earned a bachelor of science in hospitality management from Rochester Institute of Technology. After graduating, he held a variety of food and beverage management positions including at the Grand Hyatt New York and the New York Marriott Marquis. In March 1990, Dan directed catering sales and served as part of the pre-opening team for the Walt Disney World Dolphin Hotel. A little more than five years later, Dan joined Rosen Hotels & Resorts as the director of conference management. Subsequently he was promoted to general manager of the Rosen Centre Hotel. Dan has served as general manager of Rosen Shingle Creek since pre-opening and continues to enjoy a nearly 3-decade career with Rosen Hotels & Resorts.

Dan currently serves on Visit Orlando Board of Directors and is involved in multiple local industry-related initiatives, including the Universal Boulevard Property Owners Association, International Drive CRA Advisory Board, Orange County’s Sports Incentive Commission, and the AH&LA Resort Committee. When he is not working, Dan enjoys spending time with his family. His interests include the arts (theatre in particular), fishing, travel, and epicurean adventures.

Director of Spa and Recreation